What if – A Whiff of Play-Doh 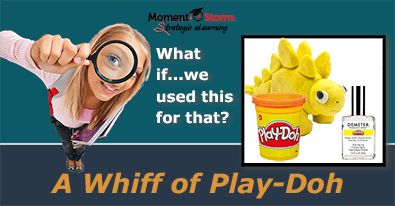 Today we look at Play-Doh and get a double dip of “What if…we used this for that?”

“It’s a tale of technological obsolescence with a happy ending,” says Christopher Bensch, of the Strong National Museum of Play in Rochester, New York.

We tend to forget that soot build-up was a common problem for most households in the days when homes were heated primarily with coal. In the early 20th century Kutol Products had become the largest wallpaper cleaner manufacturer in the world. Their primary product was soft doughy compound made from a nontoxic mixture of flour, water, salt, borax and mineral oil.

By the mid-1950’s Joseph McVicker was struggling to save the company as sales fell rapidly. Around the same time his sister-in-law Kay Zufall was looking for an alternative to messy modelling clay for her nursery school students. She had read an article about using wallpaper cleaner to make holiday decorations and thought that might just do the trick. It worked!

Zufall took her discovery to McVicker, who formed the subsidiary Rainbow Crafts Company to begin marketing his old product by a new name – Play-Doh.

This reimagined product has sold more than 3 billion cans since its debut as a child’s toy in 1956—eclipsing its previous existence as a wallpaper cleaner by light years.

One of Play-Doh’s more endearing attributes is its distinctive smell. Anyone who has popped open a can recognizes that whiff of childhood memories. To mark Play-Doh’s 50th anniversary in 2006, today’s owner Hasbro created a Play-Doh perfume. It worked with Demeter Fragrance to reimagine the venerable wallpaper cleaner once again by creating that fresh-out-of-the-can aroma.

Curious about another innovative way to answer the question “What if…we used this for that?...or that?”

Today we’re asking, “What if you could use a proven technology to deliver your message in a new, powerful, and richly engaging way?”

Check below for a link to join us for our upcoming course exploring the power of Flipbooks to engage your online audience. Using digital flipbooks could become your most effective strategy for building trusted relationships with your audience. 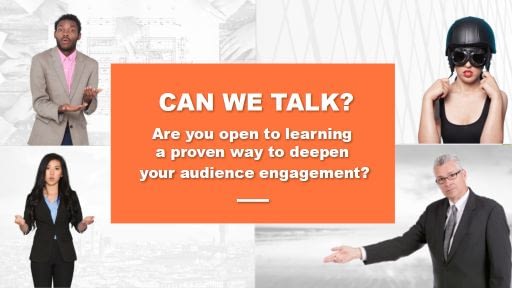 Let’s Talk About You

Where would you like to take the conversation from here?